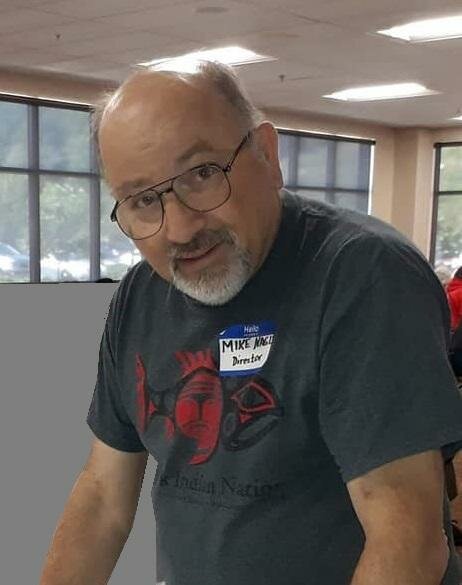 Michael was born September 5th 1952, at Emanuel Hospital Portland, Oregon. He was eldest of three children born to Helen Frances Green Nagle and Ralph Albert Nagle of Portland. He attended Benson Poly Tech High School, where his love of Soccer and engineering started. He Married Janice Annette Jensen July 31st, 1976. They moved to SW Portland/Tigard area, where they had and raised three children.

He always bragged that his first job was as a soda jerk in North Portland. He also worked at Clark Jr's as a delivery driver, where he met his wife Janice. After a stint in college at PSU, he was recruited to be an Electrical Engineer for GE in Portland, Oregon. He worked on Electrical industrial Machinery as a Switchgear Technician, until later in his career, where he moved into the office working on sales. Retiring in the early 2000's.

Besides his family, Michael’s three other passions were, Timbers soccer, his Native Chinook heritage, and Rally. Michael and his wife were season ticket holders and avid Timber fans all the way back to when they played in the 1970’s.

Michael dabbled in TSD (time-speed-distance) rallies as a young man, but slowly drifting away from it as his family started growing. He got back into it as his girls got to be pre-teens, taking them along for the fun ride with Dad. He developed MANY friendships through this endeavor, which still exist to this day. He started to move on to the staging of professional off road rally racing, helping out with others rallies, until he helped establish the Oregon Rally Group. He was also one of the founders of Oregon Trail Rally event, which just celebrated its 25th Anniversary. All three of his children grew up at one point or another involved in the Rallies. The piece de résistance was the creation of The Mike Nagle Regional Rally, in his honor in 2021.

Survived by his daughters Karla (Nagle) Silvey, Kelly (Nagle) Jones, and son Colin Nagle. His grandchildren Madalyn Silvey and Barron Silvey. Son-in-laws Tom Silvey, Darrell Jones, and future daughter-in-law Cara Williams. His Mother Helen Nagle and his siblings and their spouses, Charles and Gael Nagle, and Aliesa (Nagle) and Michael Boley. Along with countless, cousins, nieces and nephews. He is proceeded in death by his father Ralph Nagle. Also, proceeded by his loving wife Janice Nagle, who passed earlier this year in May and that he missed greatly.

Celebration of Life TBA, most likely sometime in February.

Share Your Memory of
Michael
Upload Your Memory View All Memories
Be the first to upload a memory!
Share A Memory
Send Flowers